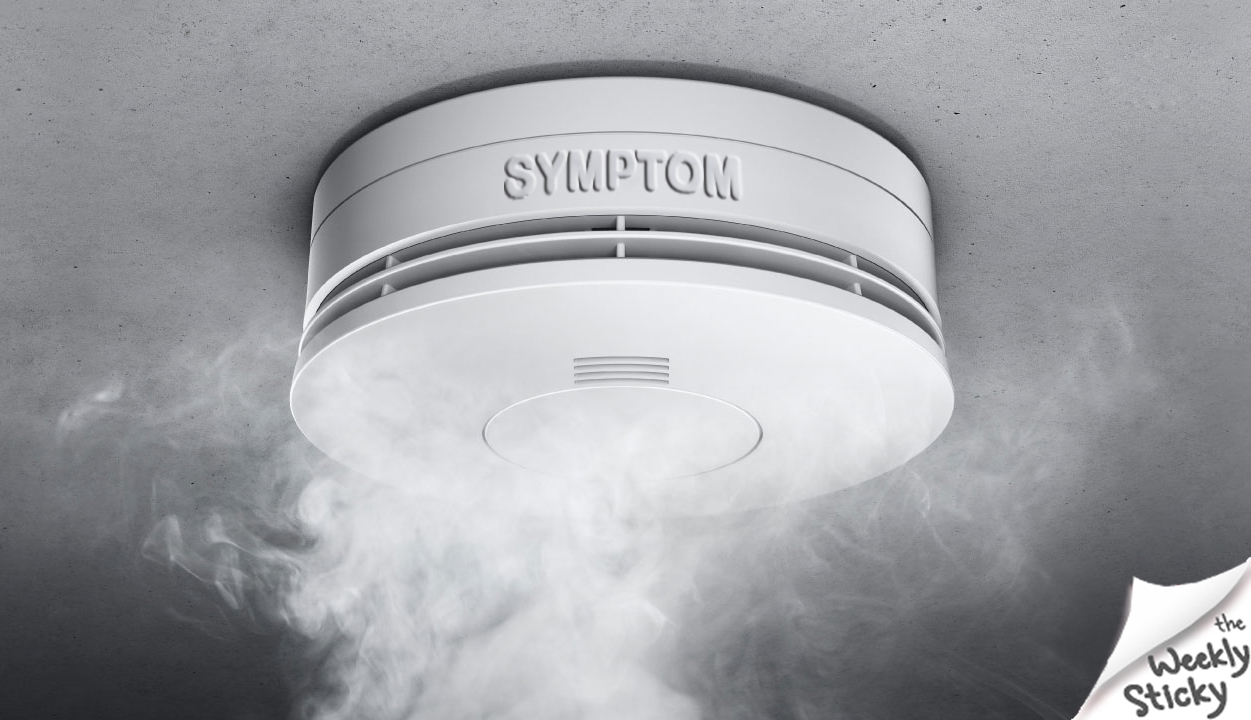 Smell Something Burning:  A family physician tells his patient “there are 3 stages of pain. The first stage, the pain is bad enough to catch your attention. The second stage it takes hold of you, and at the third stage it finally compels you to do something about it.” The patient asks his doctor, “When it gets to stage three what should I do?” Without a blink, the doctor turns to him and says, “Take some Motrin.” (True and sad story)

The worst part is the patient actually thought it was good advice. When he relays the story to his Chiropractor, the Chiropractor responds, “If your smoke detector went off in your home, the 1st time it would probably catch your attention, the 2nd time it would most likely take hold of you. But if it went off a 3rd time and you were finally compelled to do something, would you take the batteries out so you wouldn’t have to hear it anymore?” “Of course not,” the patient replied “that would be stupid.” The patient got the point.

The moral of the story… Symptoms are your body’s attempt to save itself. Masking your symptoms (whether it be pain, nausea, diarrhea or fever) with drugs doesn’t fix the problem, it can actually make the situation worse. It’s smarter to get to the CAUSE of the problem and deal with it the RIGHT way. That’s why they call Chiropractors DC’s because they are Doctors of finding the Cause!